Batter up for some judicial activism 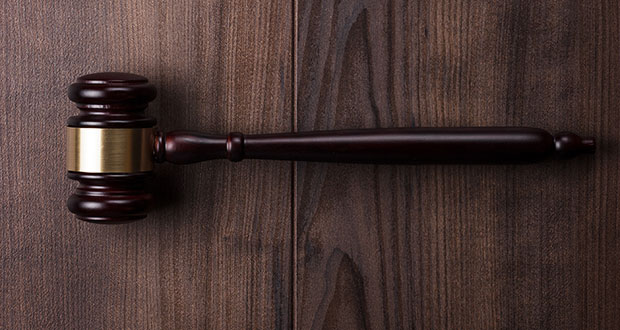 The term “judicial activism” is commonly thrown around to disparage judges. It generally is used to accuse courts of being too aggressive or too liberal. A recent court of appeals decision contains an element which raises an interesting question.

In State v. Liebzeit, 2021AP9 the court of appeals reversed the trial court for modifying a sentence of life imprisonment without parole. The same judge who imposed the original sentence, the Hon. John A. Des Jardins, apparently changed his mind.

According the Court of Appeals decision, in 2019, after attending a judicial education seminar at which scientific research on brain development in young adults was discussed, Judge Des Jardins “took it upon himself” to write to the Liebzeit’s appellate counsel (and the state) suggesting they consider a modification of the 1997 sentence based on new evidence. Liebzeit took the judge up on the suggestion and filed a postconviction motion alleging two alleged new factors: (1) new scientific understanding of brain maturity in adolescents; and (2) Liebzeit’s brain damage from his inhalant use.

Judge Des Jardins presided over the proceedings and granted the motion, modifying Liebzeit’s sentence to make him eligible for parole in 2023.

The appellate court reversed. They noted that the presentence investigation report (PSI) in 1997 outlined Liebzeit’s history of drug use, including his use of inhalants. In fact, at Liebzeit’s 1997 sentencing, his history of drug use inhalant addiction was referenced numerous times. The appellate court concluded that “[E]xisting case law prohibits the circuit court from relying upon scientific research on brain development in emerging adults as a new factor providing a basis for sentence modification because the research and its conclusions were well known at the time
of Liebzeit’s sentencing in 1997.”

For the purpose of this column, I’m not interested in the legal issue of a change in circumstances other than the unusual circumstance of a court taking the initiative of suggesting a strategy to a party in the case and then presiding over the subsequent proceedings. While neither question is raised in the court of appeals decision, they are unusual.

Judge Des Jardine’s actions seem to violate Chief Justice Robert’s definition of the role of a judge: “Judges are like umpires. Umpires don’t make the rules; they apply them … it is a limited role … it’s my job to call balls and strikes and not to pitch or bat.” In this case, Judge Des Jardine clearly took a bat in his hand and took a swing.

Is this wrong? I don’t think so. I like judges who care about the cases before them and want to do the right thing which, fortunately, applies to almost all of the judges whom I have appeared before.

Contrary to Judge Roberts, I find it positive that a judge cares enough about a case to take a swing now and then by applying something the judge learned from a seminar in attempt to do justice.

However, having gone that rather extraordinary effort, I don’t understand why the same judge would preside over the hearing. After notifying counsel of what he had learned, perhaps a different judge should have heard the resentencing proceedings.

In a footnote, the court of appeals stated that the State raised a judicial bias claim based on the court raising the sentence modification issue sua sponte, but apparently abandoned the claim on appeal. No reason is given as to whether Judge Des Jardine ruled on that claim or why it was abandoned on appeal.

While I don’t believe that the judge violated any judicial rules of conduct, when a court is essentially doing the research for a party, it might have been a better idea for another judge to rule on the motion. While I like the concept of a judge bringing his or her own research into play, there are circumstances when, having done so, ruling on the case as well is going too far. While not addressing the issue directly, the court of appeals implicitly agreed by reversing the order.

There is a line between being an umpire and a player, but in the legal arena (unlike the baseball field), it is not always an easy line to find.