FINDING JURORS: We need a way to overcome common concerns about public service 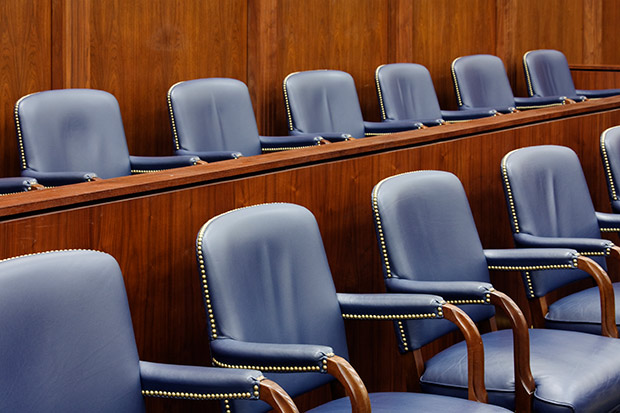 Perhaps the most common question asked of me by friends, neighbors and family regarding the legal system is “How do I get out of jury service?”

Even before COVID, few people felt like giving up a day or two of their lives for little pay and a lot of boredom. The result is difficulty finding enough bodies to fill the 12-seat jury box (14 if alternates are selected). COVID has made a bad situation worse.

The Milwaukee Bar Association Courts Committee recently considered the shortfalls and discussed the lack of enforcement mechanisms. I doubt anyone really wants jurors seated in handcuffs so they don’t escape. In a perfect world, jurors would be pleased to provide a public service. In the real world, it would be enough if they would just show up.

Wisconsin law requires employers to give employees time off for jury service without an adverse effect on seniority or pay raises. In addition, employers are prohibited from discharging or disciplining employees for serving as jurors. Although many employers pay employees for jury service, they do not have to pay nonexempt salaried employees or hourly employees during their service. The pay rate for jurors in Milwaukee county is $8 for each morning and $8 for each afternoon (plus a travel allowance of $9 per day), which might not pay for the gas consumed at present rates.

Of course, besides the low pay, the fear of contracting COVID has only exacerbated the difficulty in getting people to attend. Masks or no masks, spacing or not spacing, the fear of disease (or at least using that as an excuse) only makes a bad problem even worse.

And in the event that those problems are not enough, a recent article by Matt Reynolds in the ABA journal weekly electronic edition discussed the possible effects on filtering the type of people who would agree to jury service during the pandemic.

The article discusses the order of a New York federal judge, Valerie E. Caproni, who excluded unvaccinated individuals from a jury. Her decision, in relevant part, provided: Jury service is a civic duty and, while it can be inconvenient, it need not increase the risk of being exposed to a deadly disease. There is nothing to suggest that the viewpoints held by the unvaccinated will not be adequately represented by the vaccinated.”

Maybe. But as Northwestern Law Professor Shari Seidman Diamond stated, this ruling has the potential to distort the pool of available jurors as vaccination rates also differ depending on political affiliation, with Democrats getting dosed at higher rates than Republicans. So, in addition to the just getting butts in the seats, there is a risk of challenges to juries as not being representative.

What can be done to help? Paying jurors more might, but given the budgetary issues of counties, that’s not going to happen. Certainly the pandemic just going away (as promised by President Trump at its beginning) would be nice, but that does not seem to be happening. So here is my idea: Find a way to make jury service more efficient.

The biggest concern my friends, neighbors and relatives who discuss their experiences with me (after I tell them that jury service is a civic duty) is about not just losing pay for a day or two. It’s about sitting around for hours and hours, waiting to be called, waiting during a trial and, well, just plain waiting. So, while there does not appear to be a cure at hand to the pandemic, maybe something could be done to improve the inefficiency of the system.

How to improve efficiency? Given modern technology, my guess is that ways can be found. And if the bench-bar committee would like to encourage people to show up, this would be a good time to be think of new options. One idea: Maybe allow potential jurors to appear an hour after receiving a text.

Perhaps allowing voir dire by Zoom which jurors could do from home or work, then appear later in the day (or the next day) if chosen. Perhaps allowing the entire trial by Zoom. Since coming up with no solutions has never been my long suit (and like most other critics, I’m better at identifying problems than finding solutions), I’m guessing that a select subcommittee of the bench-bar committee could suggest other ideas. Anything that would keep my friends, neighbors and relatives off my back would be welcome.