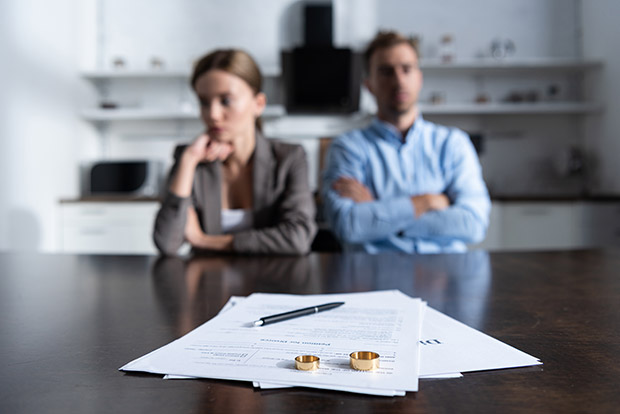 My late partner, Leonard Loeb, used to say that every lawyer has at least one case which they think is the cause of most of their headaches and lost sleep. The lawyer thinks “as soon as that case is completed, my life will be so much easier.” But, naturally, as soon as that case does wrap up, there is another one with the same effect on the lawyer.

Recently, I had the opportunity to co-present with Attorney Laura Beck from Green Bay for the State Bar of Wisconsin for their Solo and Small Firm Conference on maintaining sanity while handling the high conflict divorce. Here is a summary of some of the coping devices which Laura and I suggested:

Avoid the toxic client. The best coping device may be the most unrealistic: It’s the best coping device because it avoids all the headaches, but it’s unrealistic because they are not always easy to foretell. Still there are some easy, clear warning signs: CCAP revealing multiple claims actions (with the potential client as the debtor), bankruptcies, pending (or convictions) for crimes or being a successor lawyer, especially where the previous lawyer was not paid. Sometimes the best strategy is, to quote Nancy Reagan: Just say no. That strategy for lawyers might work better than it did for convincing children to not use drugs.

Avoiding certain issues. Again, this is easier said than done, but many years ago, I decided that contested custody cases were keeping me up at nights. It actually has been easy to avoid these, albeit at some financial cost, which was well worth it. Any cases involving restraining orders, child or domestic abuse or drug or alcohol abuse (wait, doesn’t that eliminate most divorce cases???) run a substantial risk of high conflict.

Selecting Opposing Counsel. Wow! What a great and totally impractical idea! If only! Good lawyers make difficult cases easier and vice versa. In addition, I’ve made some good friends over the years in cases where we cooperated to resolve high-conflict cases. If I ever find a practical way of doing this, however, I’ll write a column on it.

Choosing Tactics. While selecting your opposing counsel is not practical, choosing the appropriate tactic for dealing with them is very much within your control. The basic rule goes as follows: If you want to wrestle with a pig, you will have to lie down in the mud, but the pig will enjoy it. Simply put, do not allow the other attorney to define the terms of engagement. If nothing else, simply ignoring the tactics of the attack attorney can present a professional dignified alternative.

Don’t become my client. As a divorce lawyer, I’ve represented more than a proportionate share of lawyers. In many of these cases, the stress of practicing law was at least a contributing part of the breakdown of the marriage. Since we always seem to have at least one high-conflict case, at the very least, you must not take your work home with you. Maintaining a balance between caring about a case and not caring too much is a difficult tightrope to walk, but must be negotiated. The case will eventually go away (probably replaced by a new difficult one), but the rest of your life will not.